There may be turmoil on Earth, but contemplating the quiet calm of weird rocks on Mars can be a soothing escape. Especially when they resemble common Earth objects, like pancakes and drill bits.

Curiosity snapped several views of a smooth, shiny rock on Nov. 3. It’s in good company with other smaller rocks that sport a similar sheen.

The larger rock looks a lot like a wayward pancake, but keep in mind that these close-up images often make small pebbles seem bigger than they really are. (That’s one reason why this weird little rock seen in 2019 was not a robot leg.)

Scientists on Twitter have been sharing and discussing some of the funny-shaped rocks seen by Curiosity in recent days. Planetary scientist Emily Lakdawalla retweeted a shot of the shiny rock along with a lovely tribute poem (inspired by Moana) about how it may have been “smoothed with sand.” 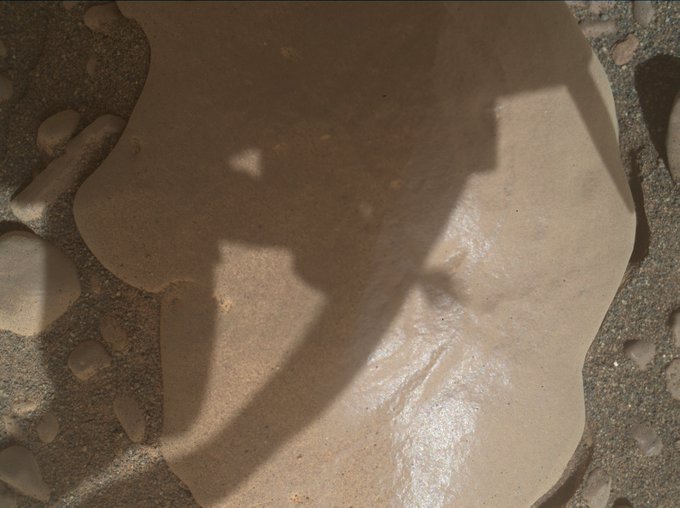 The rock — which one observer thought looked like melted chocolate ice cream — may be a “ventifact” that’s been polished by wind and sand. Mars has plentiful supplies of both.

Citizen scientist Kevin Gill, who has delivered many spectacular Curiosity rover selfies, tweeted a collection of small rocks, one of which amusingly looks like a Phillips-head drill bit thanks to the way the light plays off of it…Read more>>