A growing range of face masks are popping up around the world, but many haven’t proven their effectiveness against COVID-19.

A new technique developed at Duke University aims to measure which ones provide the most protection by counting the respiratory droplets they emit during speech.

The system is compromised of a black box, a laser, and a cell phone camera.

It works by measuring the droplets produced when someone speaks through the mask. The wearer first places their mouth at a hole in the front of the box, and repeats the sentence “Stay healthy, people.”

As they talk, the airborne droplets hit a laser beam shining across the box. The camera then records the water particles they emit. Finally, a feature detection algorithm calculates the number of droplets they produce by measuring the amount of light scattered by the particles.

The team demonstrated the method on 14 common face coverings, a patch of mask material, and a professionally fit-tested N95 mask. 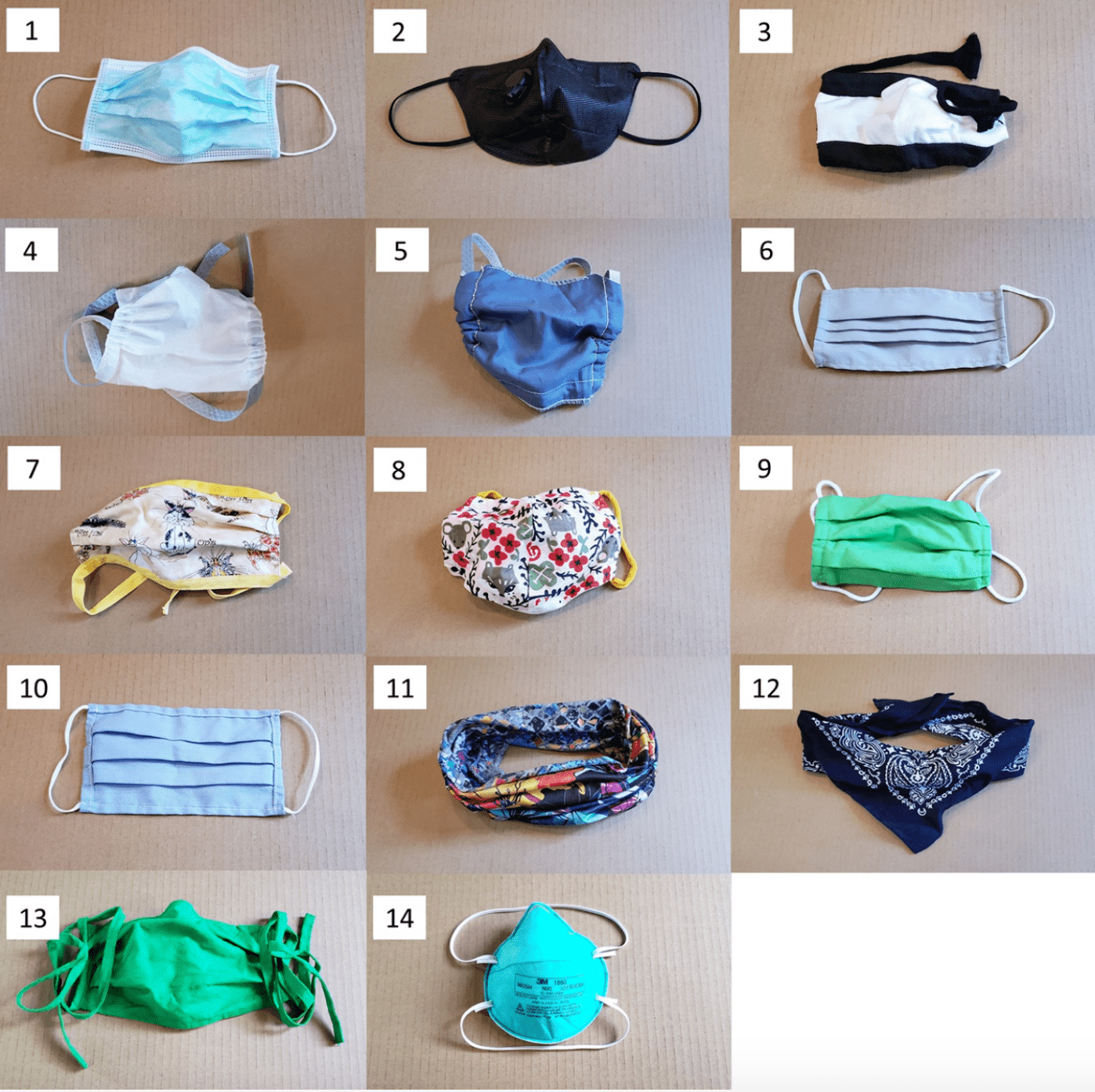 The study revealed stark differences in the masks‘ efficacy.

Fitted N95 masks provided the most protection, followed by three-layer surgical masks and cotton coverings. Valved N95 masks, however, only benefited the user.

“While the valve does not compromise the protection of the wearer, it can decrease protection of persons surrounding the wearer,” the researchers explain in their study paper. “In comparison, the performance of the fitted, non-valved N95 mask was far superior.”

Neck fleeces — also known as snoods — actually increased the risk of infection, as they dispersed the liquid droplets into numerous smaller particles.

“Considering that smaller particles are airborne longer than large droplets (larger droplets sink faster), the use of such a mask might be counterproductive,” said the researchers.

The method sounds high-tech but it’s surprisingly low-cost. The researchers say the lasers and optical components can be purchased for less than $200, and a standard cell phone camera can serve as the recording device.

However, they don’t recommend you try the technique out at home, as mishandling the lasers could cause permanent eye damage. Instead, they want organizations to use the method to raise awareness about masks and to test out different designs before they’re chosen for production.